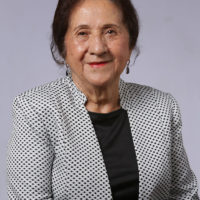 leonorvinet@gmail.com
504-975-2135
I was born in Coban , Guatemala. when I was f ifteen years old I wanted to learn to speak English and I thought I could learn faster if I came to the United states. My mother worked for the United Fruit Co. (Chiquita Banana) at that time and she was able to find an affordable high school in Mississippi .1 learned by listening, the school did not have teachers to teach the language and after 6 months, my grades improved, I understood most everything but I was afraid to speak and when I did people did not understand what I was saying. I was married after graduating from high school, had two children, never returned to live in my country like I had planned.

Hobbies:
I love to read( when I have time), I like history, travel ( I have been fortunate to visit many countries in Europe, Central and South America) I am an avid gardener, love collecting bromeliads and orchids and used to go collecting new species in the jungle of Guatemala when I was young. I am a licensed horticulturist and have been for many years hoping one day to have a nursery but that will never happen. I like sewing, I donate one day a week to St Ann Church making flower arrangements. I belong to La Semilla (the seed) an association that helps Spanish speaking people learn English . I am trying to learn Latin so I can understand the Latin mass.

Real Estate:
Before becoming a Real Estate agent, I worked with the special children for a year ( I had an adult group teaching them self help needs which was very rewarding) I thought I could work real estate part time; that was over 37 years ago. The first co I worked for was Sunbelt which became Coldwell Banker after being with them two weeks. a few years later, I joined Weber Realty (Skip Weber) and then joined RE/MAX realty and was with them for over twenty five years.